It is the birth centenary year of my Guru Calcutta KS Krishnamurthi and I wanted to specially dedicate this concert to his musical genius. He was the person who unlocked a lot of things in my mind musically. In his subtle manner, he instilled musical truths that have me stood me in good stead over the years. Everytime I sing a song, a ragam, a concert I can hear his voice in the background reminding me of this or that. I have tried to curate this song list as a personal dedication to him and his music and my own take from the path he showed me. 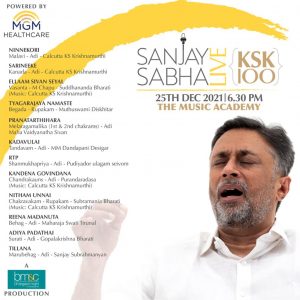 Ninnekori – Malavi – Adi – Calcutta KS Krishnamurthi
For KSK, composing a varnam meant two things. Firstly the need to document a musical scale ensuring fidelity to its arrangement and aesthetics. Secondly to bring in the composer’s creativity to the fore through the employment of newer vistas.
Sarineeke – Kanada – Adi – Calcutta KS Krishnamurthi
KSK taught me several of his compostions, but this one has remained with me longer than most. I love the intelligent usage of swaraksharams in this song. He never made it obvious but managed to hide it into the sahityam keeping the ragam aesthetics traditional and modern at the same time.
Ellaam sivan seyal – Vasanta – M Chapu – Suddhananda Bharati (Music: Calcutta KS Krishnamurthi)
This can be called a “commissioned artwork” – I requested KSK to specifically set this song in Vasanta. We were going through an old Annamalai University publication and found this in Kalyani, tuned by Tanjore K Ponniah Pillai. Since there were so many songs in Kalyani already I asked and got this!
Tyagarajaya namaste – Begada – Rupakam – Muthuswami Diskhitar
Patnam – Tiger – KSK – Sanjay – Begada – It almost sounds like a crossword clue but it kind of sums up my choice of this piece. I had almost decided on something else, but I had attended the inaugural function of the KSK Centenary celebrations that Vidwan KN Shashikiran (another KSK student) had organised, and Smt Suguna Varadachari specifically mentioned this song and the way KSK had taught the sangatis around the word “Namaste”
Pranatarthihara – Melaragamalika (1st & 2nd chakrams) – Adi – Maha Vaidyanatha Sivan
My learning experience of this composition is so special. I was averse to singing a lot of ragams, especially vivadis, because of my own ‘snobbery’ about what constitutes aesthetic beauty in Carnatic music. It was KSK who convinced me by saying ‘All ragams are equal’ – it is in the hands of the performer that its aesthetics get defined. He demonstrated this by specifically insisting that I learn the first two chakrams of the Maha Vaidyanatha Iyer magnum opus, the Melaragamalika. I learnt it and then went back and sang it to him quite few times to see if I had got it properly. That itself was a first, because, KSK never made me sing a song he had already taught! Between the months of July and December in 1996 I would get up and sing this song at home atleast twice every day!
Kadavulai – Tandavam – Adi – MM Dandapani Desigar
KSK was a huge fan of MM Dandapani Desigar’s compositions. He thought MMD was one of the most underrated composers who never got his due from the Carnatic world. He showed several beautiful songs, taught me a few and made me understand the genius of Desigar. Tandavam was one such ragam that he pointed out to me saying how it was Desigar, like Tyagaraja before him,  who dug this out from the texts and gave it life through his composition.
RTP – Sanmukhapriya – Adi – Pudiyador ulagam seivom
Sanmukhapriya was probably KSK’s favorite ragam. I have sung about 7/8 concerts on stage with him and there were two occasions when he sang brilliant long alapanas of this ragam. He also worked a lot on Bharatidasan’s poems setting them to music. It was his efforts that made me want to use a lot of modern Tamizh poetry in singing songs and pallavis.
Kandena govindana – Chandrakauns – Adi – Purandaradasa (Music: Calcutta KS Krishnamurthi)
In the early nineties I was always nervous about singing a concert in Bangalore. For one, my kannada songs repertoire was severely limited and I was not confident of my pronunciations. KSK guided me by choosing songs with limited Kannada and more Sanskrit words so that I could get comfortable. It certainly paid off and I am always thankful for the way he introduced me through this particular song.
Nitham unnai – Chakravakam – Rupakam – Subramania Bharati (Music: Calcutta KS Krishnamurthi)
KSK told me once that he had set to music every published poem of Bharati. It was always a tough choice for me to choose which I wanted to sing today. Let’s just say I followed the ‘Eenie Meenie Mynie Mo’ method🙂
Reena madanuta – Behag – Adi – Maharaja Swati Tirunal
This is the song that introduced me to KSK’s singing. This is the song that got me my first concert in Kerala. This is the song that I have song more often in my concerts over the years! Sorry the last bit was for effect,  I will not challenge the statisticians out there!
Adiya padathai – Surati – Adi – Gopalakrishna Bharati
I was invited to sing for a Gopalakrishna Bharati festival in Anandatandavapuram for the first time. As always I ran to my Guru asking for some songs to sing. This was the first one that he immediately taught me and wrote down a verse from the Nataraja pathu for me to sing as virutham. As he finished teaching me the song he said “Do you know that  a student once told me that she had counted a total of 67 songs in Surati that I have taught over the years!”
Tillana – Marubehag – Adi – Sanjay Subrahmanyan
This was my first and only attempt so far to actually compose an entire piece. I sang it to KSK, he spontaneously shook my hands and said “Keep doing something new all the time” –  That blessing has stayed with me all these years and whatever I am musically is just that.
Posted 1 year agoInKSK 100
1 Facebook Twitter 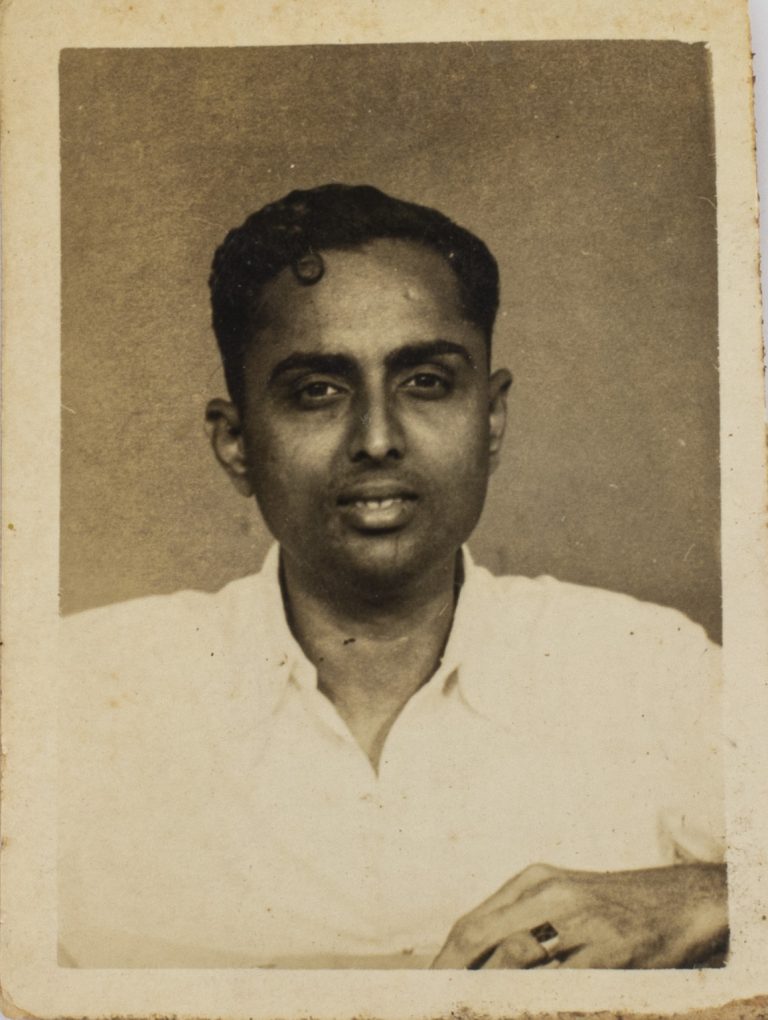 Is there a virtual stream of this concert?

A touching guru bhakthi from one who looks a rebel with a cause. I thought that it would be one or two KSK connection, but the musical genius shines forth even in this celebratory list from a formidable repertoire. Lucky are Madrasis (Was it not Madras when Sri KSK lived).