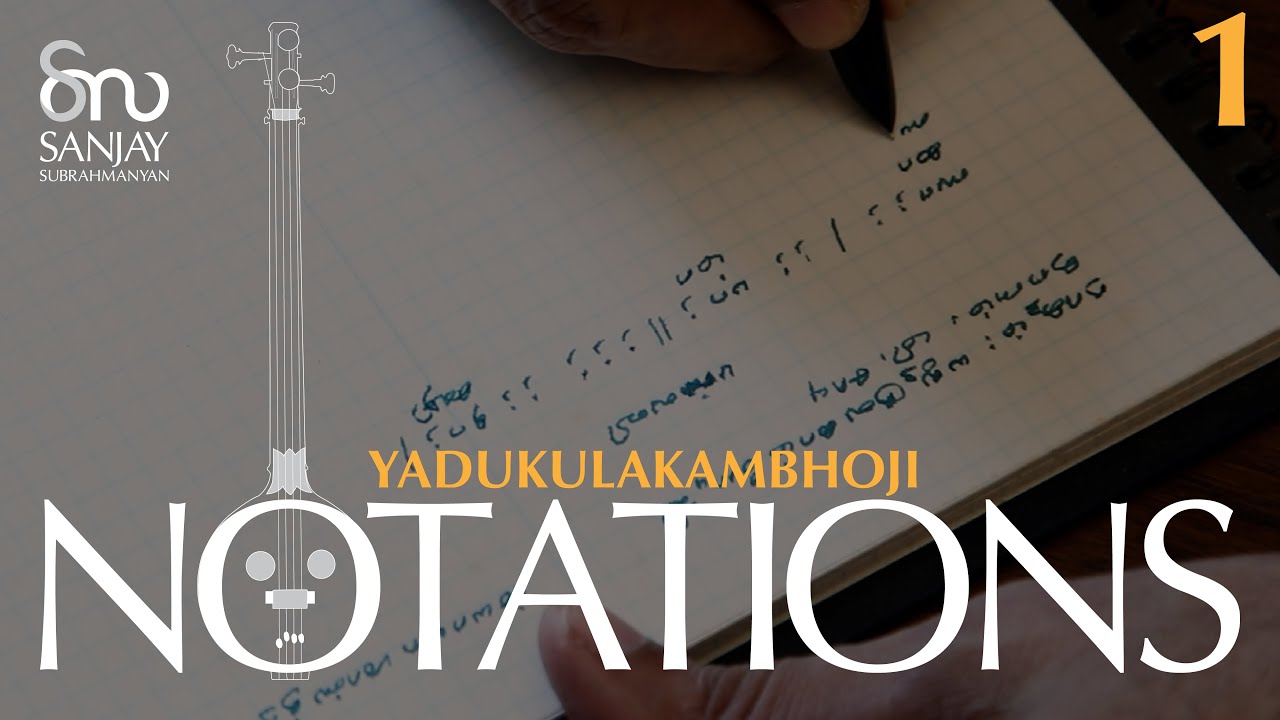 Musical notations have served Carnatic Music well. Whilst the popular method of dissemination of this musical form has been from person to person, periodic documentation has helped in ensuring there is an authentic historical record of the music of the times. Today with extensive use of audio and video, musical notations have become almost redundant. However, people like me were part of a generation that has had the best of both worlds. We grew up at a time when our teachers insisted on learning by rote. They also taught us to write and refer musical notations. By the time I reached my teens, audio recording was very common and a large portion of my musical learning used these materials. Today it is so easy to video record anything and the challenge is more in actually wading through all these TBs of data to get what we want.
This series is a look into Musical Notations and how they shaped my own development as a musician over the years. It also briefly delves into the way Notations have helped the system overall. Every episode’s story is built around a ragam. A small swaram pattern was composed and sung in one of the 7 basic talams in the same ragam. So the 7 episodes cover the 7 basic talams of the Carnatic Music system. The episode also ends with a clip from a composition I have sung in that ragam. We shall be releasing complete versions of these songs in the coming months.
The series was launched in November 2021 for Supporter and Patron members of my YouTube channel. I am happy to announce the launch of the same to everyone now with Notations Episode 01 – Yadukulakambhoji. If you do wish to view all the episodes at one go, then do join as a member today (http://www.youtube.com/sanjaysub/join) and get access all the previously released Members Only episodes.
Posted 1 week ago1 week agoInNotations
0 Facebook Twitter