Early days of singing concerts from the period 1986 till about 1999-2000 was fairly straightforward. I was quite orthodox in my thinking, wanted to be very conventional in my approach and more than anything else enjoyed singing kutcheries. There was the parallel career of a Chartered Accountant that I was having to deal with. It all changed when I decided to quit and become a full time musician from April 2000.

Interestingly this was also the time when I became more ambitious in my creative pursuits. You could say that I was becoming restless with what I was singing. I got tired of being predictable and repetitive in my music. Some of my earlier beliefs about what I should/should not sing was also changing. I missed my Guru KSK mama. He had a way of keeping me on a path that beautifully tread the traditional with novelty. I tried to maintain this, but after his passing my thinking changed.

I started listening to a lot of other forms of music. The iPod was a prized possession and it was loaded with all kinds of music. North Indian classical, Western classical, rock and pop, old Hindi & Tamil film songs, ghazals etc. My musical repertoire started changing slowly. I was singing RTPs in ragams that I did not believe in earlier. I was discovering how music had so much to offer beyond the ‘usual’ and I enjoyed trying stuff out on stage.

I also had other strong musical influences in my relationships. Musicians like Dr N Ramani, Nagai Muralidharan and Prince Rama Varma in their own quiet ways were pointing me out to musical nuggets that I had avoided in the past. I still cherish a text message that I received from Rama Varma where he specifically mentioned how my music was changing and evolving in a very positive way.

I sang an RTP in Jonpuri at the Music Academy in Dec 2008, and a senior musician complained to the President that this was not on! I didn’t care! I was having a ball, a lot of people seemed to like it and a close friend described this process as “breaking free” literally. I remember a particular concert in KK Nagar, sometime in the late nineties, I was singing an alapana of Abhogi and as I finished it I just sang a slow phrase of “sa dha ma ga ri sa” keeping in mind the Ilayaraja classic “Kaalai nera poonguyil.” K Arun Prakash, the mridangam artiste, and a Raja pundit, just gave me an expression that I can never forget! I almost burst out laughing! That was probably the first instance of what has led to Short Notes today. 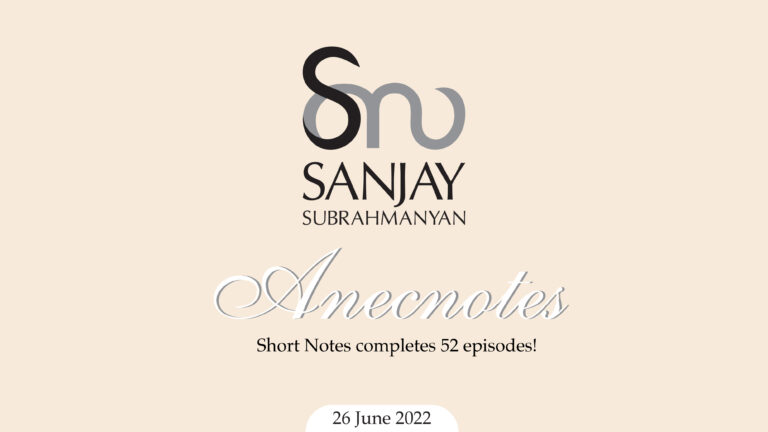