Singing during Navarathri started pretty early for me. From the time I began learning music, every Navarathri, I would do the rounds of neighbouring houses and sing for my sundal. In a way it was a ‘performance’ and each year you wanted to hear someone come and say, “You have improved from last year!” Of course my useless attempts at violin playing also resulted in the knowledgeable aunty telling my mom, “He is playing the same way – no improvement, doesn’t he practice?”

Navarathri has a long tradition of music concerts in Chennai and elsewhere. For a period in the late 90s and early 2000s I would sing concerts on almost all 9 days! My personal favourite soon became the Navarathri Mandapam concert in Trivandrum. I still remember the first invitation I got from Prince Rama Varma to sing in the Mandapam. It was a surreal experience to just go and sing there and soak in the musical atmosphere of all those greats that had performed there in the past.

During my first decade I missed out on Mandapam concerts a few occasions because of foreign travel. Then one day Prince Rama Varma quietly told me, go wherever you want but keep a date during Navarathri! To this date we have both been true to our words I should say! Last year was special in a very unique way. The festival happened without audience because of the pandemic. However I was honoured by the presence of Prince Rama Varma himself sitting in front to make us feel so much more at home! It was a break from protocol for him, as the royal family usually listen to the concert from behind a window in a closed room adjoining the performance space. Of course, Prince Rama Varma has broken quite a few protocols to successfully take the festival in to the 21st century and kudos to him for doing so!

The other thing about Navarathri was the last day, Vijayadasami. The ritual of visiting Gurus was such a celebration. I loved visiting my teachers and spending time and seeking their blessings. Later after both my grand aunt and Shri KSK had passed, I made it a point to visit Shri N Ramani and Shri Nagai Muralidharan, both of whom I had adopted as my Gurus. I also met and started learning from SRD Vaidyanathan and every year we looked forward to the meeting on Vijayadasami.

Today I still look up Shri Nagai Muralidharan who has been a musical friend, mentor and Guru and every phone call or visit is filled with exchanges on ragams, kritis and musicians! Very few festivals have resonated with me musically as Navarathri and I look forward to it once more this year in 2022! 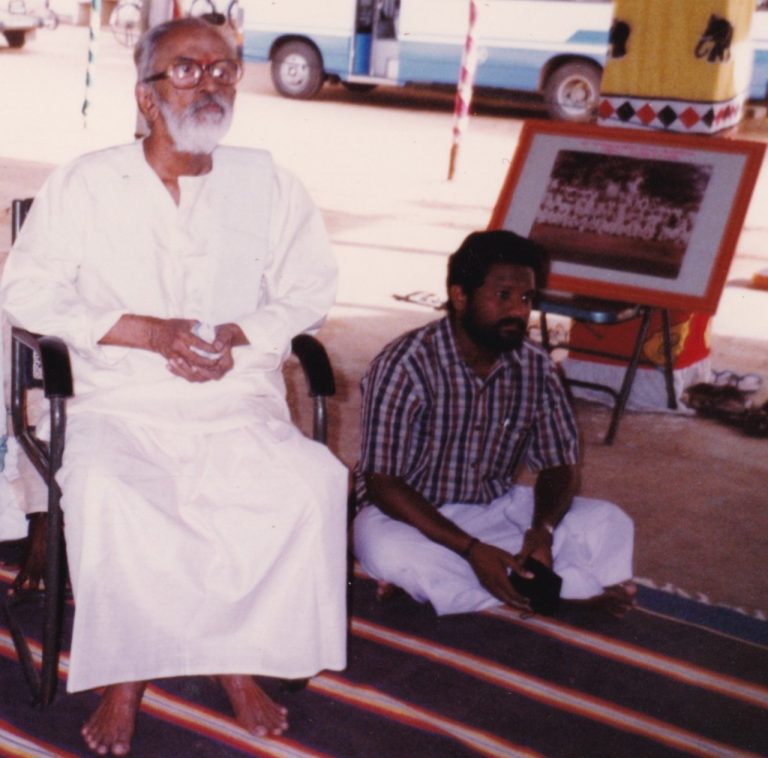